On 8 December the Bahrain Center for Human Rights (BCHR), would like to invite you to an event organized together with FIDH and Human Rights Watch (HRW), named “Attacks on Civil Society”.

During the event, which will be held at the House of Democracy and Human Rights in Berlin, from 1pm, representatives from the three NGOs will discuss about the ongoing crackdown on civil society and opposition in Bahrain.
Sayed Yusuf al-Muhafdha, BCHR vice-president, will present the latest cases of freedoms' suppression and the clamp down on the opposition.
Jean Marie Rogue, EU Liaison Officer at FIDH, will focus on travel bans imposed on human rights defenders and other activists in Bahrain, and will highlight the case of Nabeel Rajab, currently detained on charges related to freedom of expression.
Wolfgang Büttner, press officer and associate advocate at Human Rights Watch, will present HRW's latest campaign on the crackdown on social media activism in the Gulf region.
Moderator of the event will be Elena Mocanu, BCHR advocacy officer based in Copenhagen, who will introduce BCHR and its recently released report Digital Rights Derailed in Bahrain. 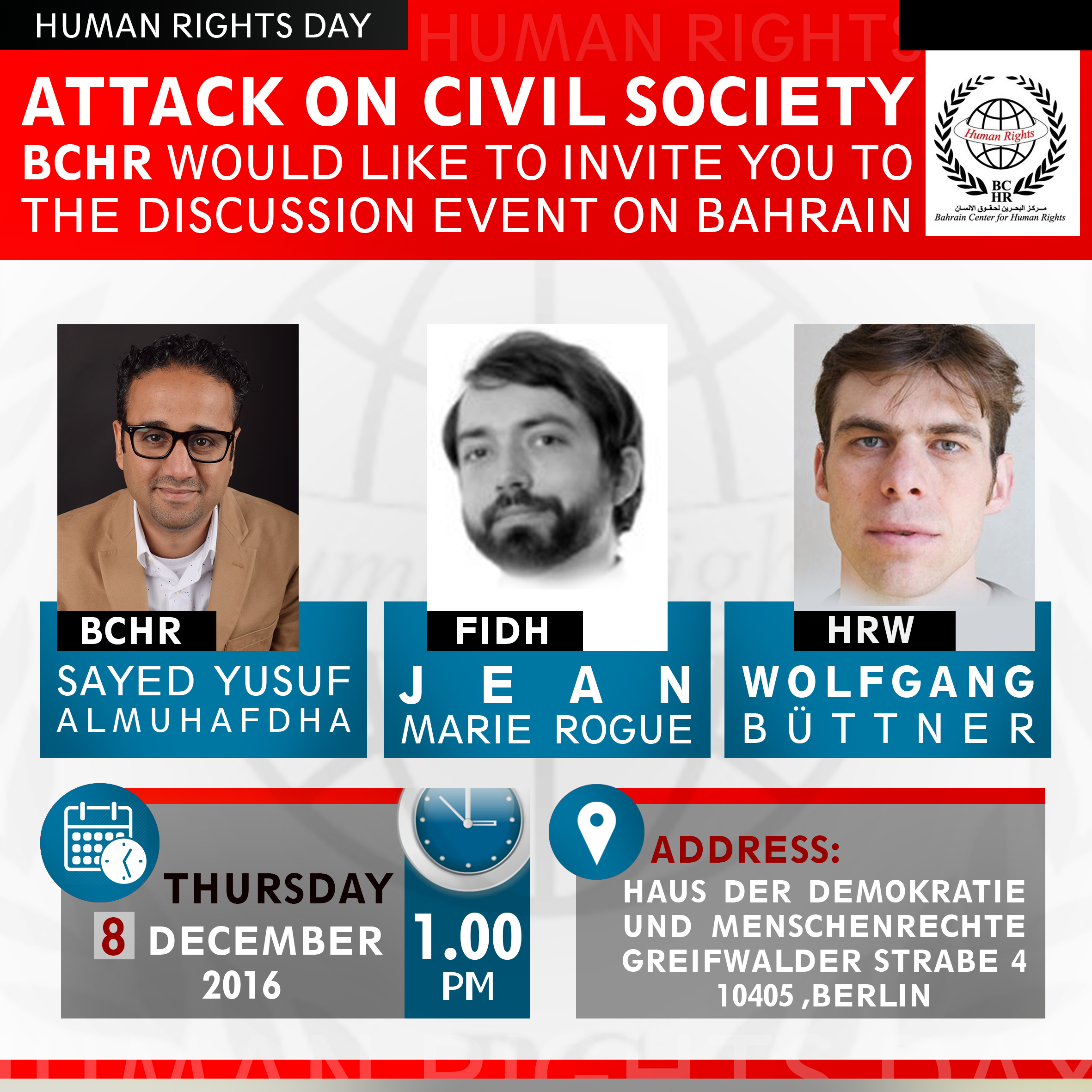