On Thursday 16 March, Bahrain Center for Human Rights (BCHR) held the event "Human Rights in the Aftermath of the Arab Spring - the Kingdom of Bahrain" in collaboration with the Central Library in Copenhagen.

The event took place at the library on Krystalgade 15 in Copenhagen, Denmark between 17.00-18.30. The focal point of the event was the state of human rights in a post-Arab Spring setting in Bahrain and in the Gulf, starting with a screening of an excerpt of the documentary We Are The Giant, which tells the stories of citizens turned activists in their plight to peacefully confront injustices in their homeland and to stand up for their belief in the universality of human rights, taking point of departure in stories related to the revolution in Tunisia, Syria and in Kingdom of Bahrain.

BCHR screened the segment on Bahrain, where the Danish-Bahraini women human rights defenders Maryam and Zainab Al-Khawaja recount their experiences promoting peaceful activism, and authority-led reprisals against civic and political rights in Bahrain. In their interviews, the Al-Khawaja sisters explain the personal cost incurred by their work, and the need to continue speaking out against human rights abuses. 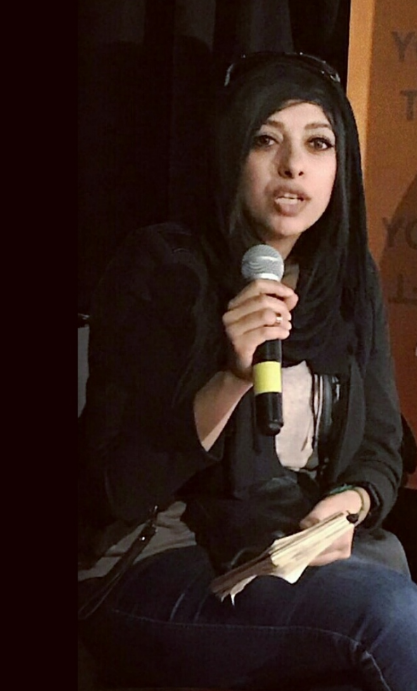 Zainab al-Khawajaspoke about her own experiences as a human rights activist in Bahrain and shared three stories of what it is like to live in Bahrain today. Her presentation centred around human rights abuses carried out by the Bahraini government regarding torture, forced confessions, unfair trials and recent executions. Zainab reported that there is “no feeling of safety in Bahrain” and that the situation is worse than in 2011. She spoke about her father, Abdulhadi al-Khawaja, and the sacrifices that the Bahraini people are doing in their fight for human rights. Concluding her presentation, she emphasized the role of Western powers in causing and perpetuating the conflict and that there is a lot of things citizens of these countries can do to pressure the leadership.

Isabel Bramsen introduced her research on the uprising in Bahrain and explained how the regime has changed tactics since the crackdown on human rights in 2011. She meant that the Bahraini government has changed their strategy from a very direct crackdown of human rights to a more “de-energized repression”.  The opposition movement has also evolved, which Isabel termed a “divided esc 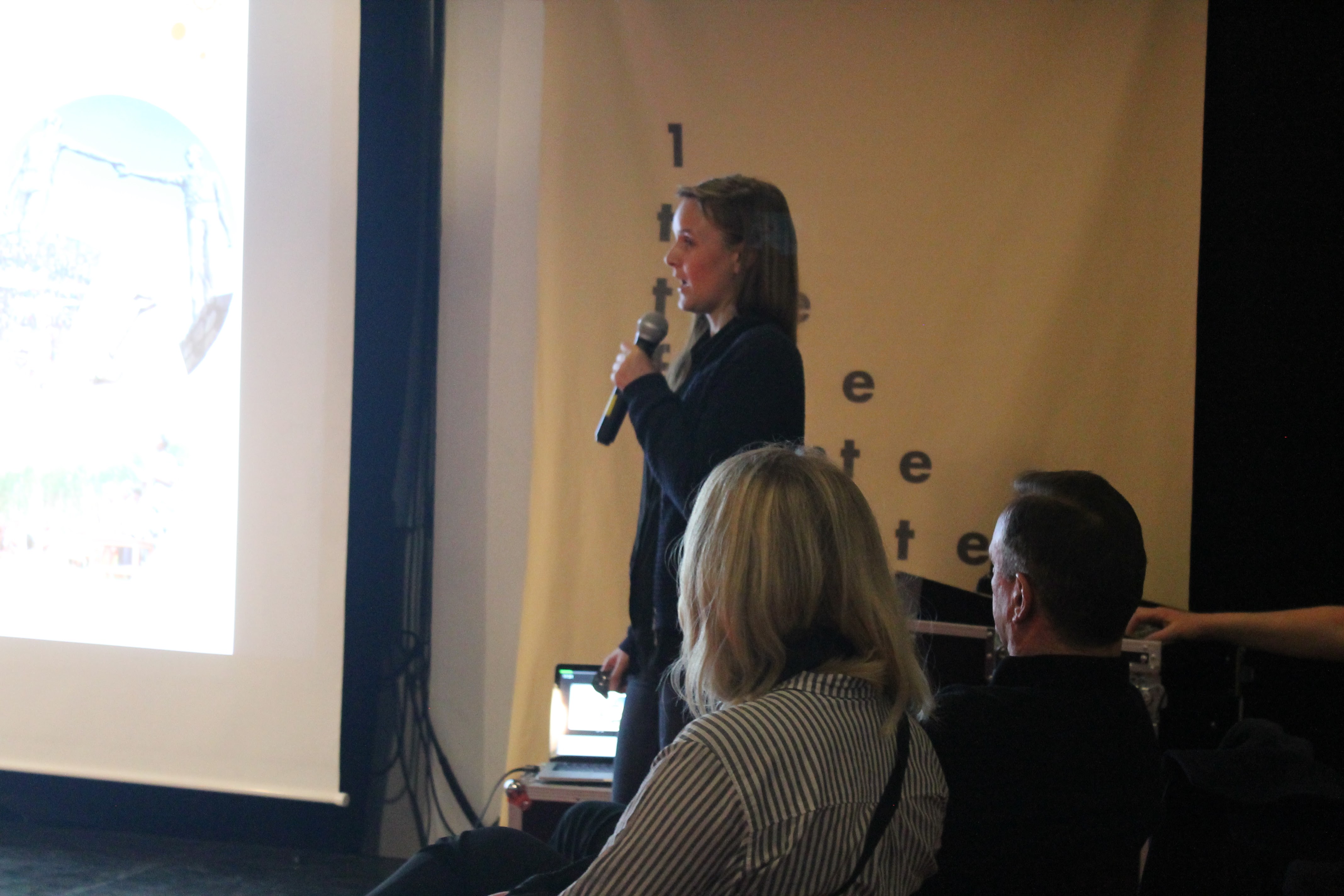 alation”. In the presentation, she also clarified the context of the Arab Spring, and where Bahrain is placed within it, making comparisons to countries such as Egypt and Tunisia. Finally, she raised the question of the situation today and what we can do to make a change. 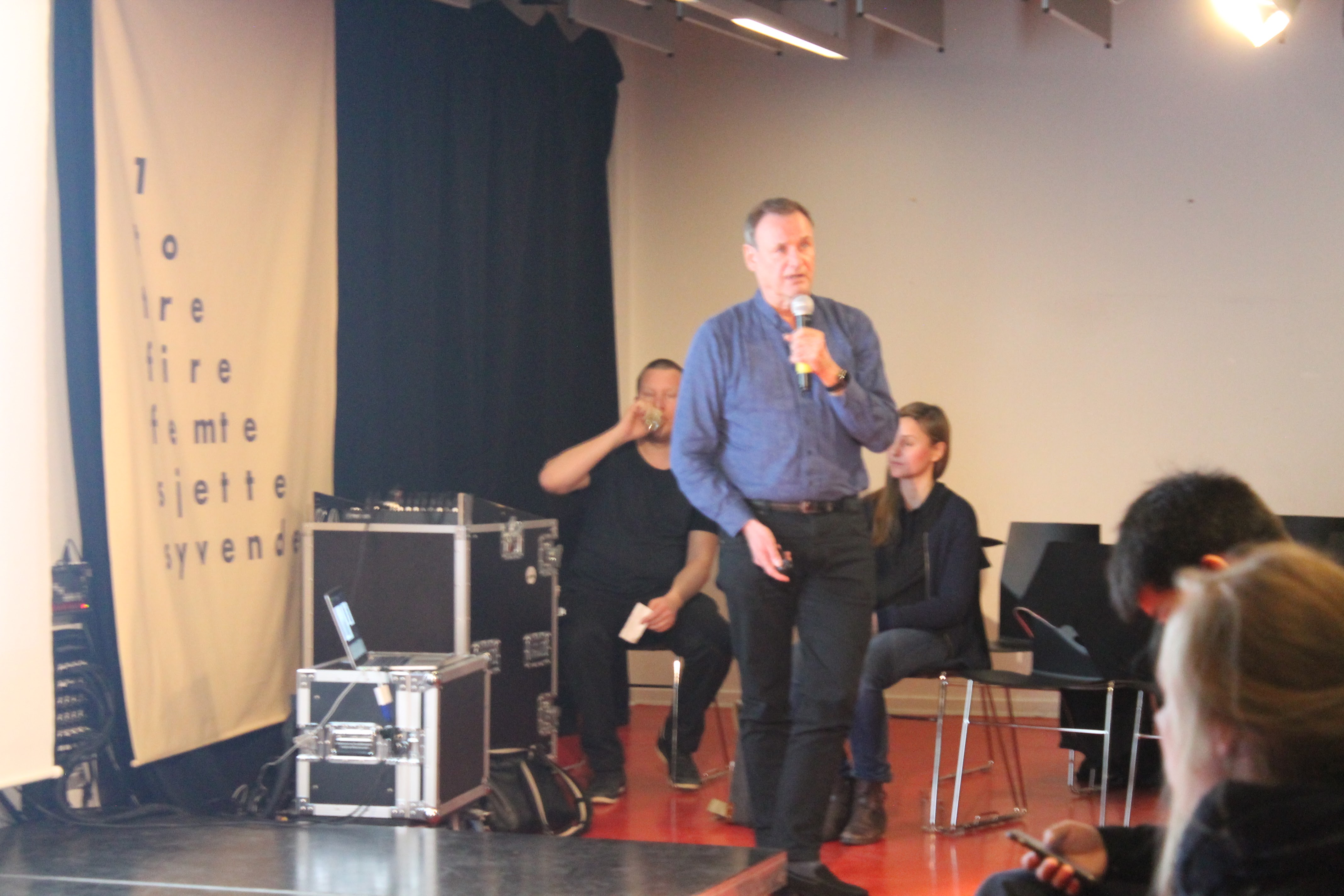 Lars Erslev Andersen gave the last presentation of the evening in which he delivered a socio-political analysis of the factors impacting the 2011 uprisings in Bahrain. In commenting on on the locals’ motivation in taking part in demonstrations,  he listed political, economic rights, freedom of speech and more reasons related to the fight for human rights. Lars also pointed out the royal family Al Khalifa’s version of the story (“The King’s Tale”), in which they describe the protests as a form of sectarian violence. Another topic of his presentation was the role of the US, Saudi Arabia and UAE. Lars drew attention to the support that Bahrain gets from its allies.

Watch the presentations here and here. 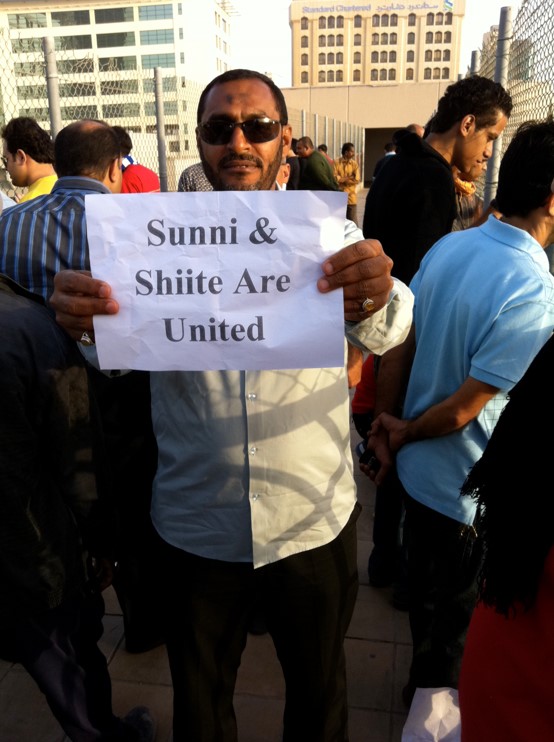 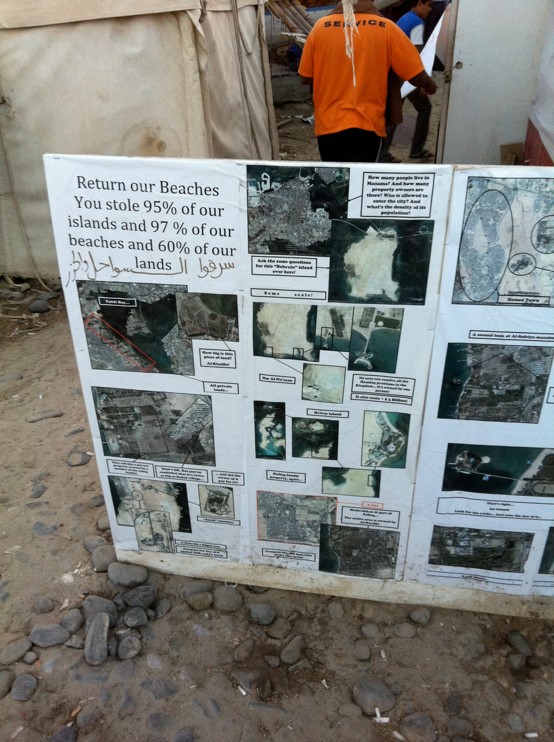 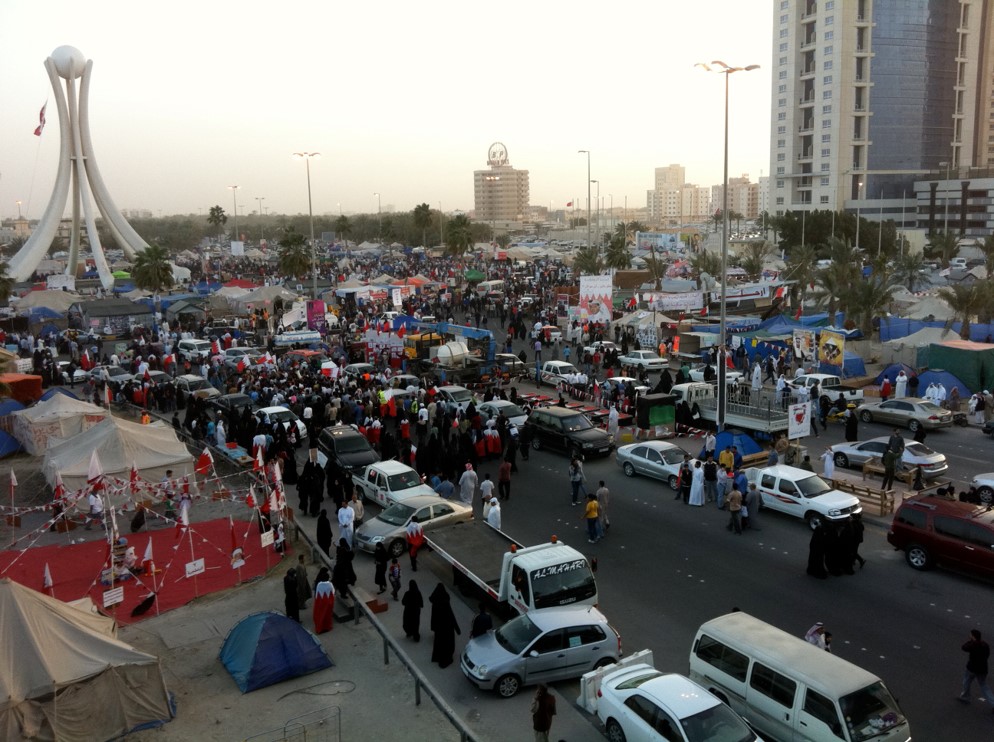