cancel confirm NSFW Votes: (0 votes)
Are you the publisher? Claim or contact us about this channel.
0
Showing article 200 of 1658 in channel 13302667
Channel Details:
Viewing all articles
Browse latest Browse all 1658
0
0

Al-Fardan’s family stated that civilian members affiliated with the National Security Apparatus accompanied by police vehicles raided his house at dawn on Thursday 26 December 2013, and confiscated a number of his electronic devices. The family added that those who raided the house did not show any court order to search the house or any arrest warrant for Al-Fardan, which is causing the concern for his safety and the fear that he might be subjected to torture or any other violation amid the non-disclosure of his whereabouts until now. 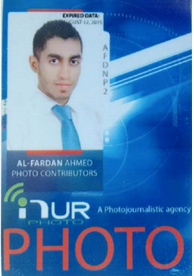 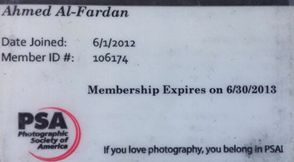 Worth mentioning is that Al-Fardan is a photographer who works with the Italian (NurPhoto) agency as a contributing photographer and a former member of the Photographic Society of America (PSA). Al-Fardan had won many international awards in recognition for his skills in photography and to celebrate the exceptional photos he presents. The most recent award he had received was from IFEX in the International Contest to Expose Impunity on 23 November 2013. Before that he had received the Freedom House Photography Prize who condemned his arrest in a published statement[1] and it urged the Authority in Bahrain to maintain freedom of peaceful gathering and freedom of press. 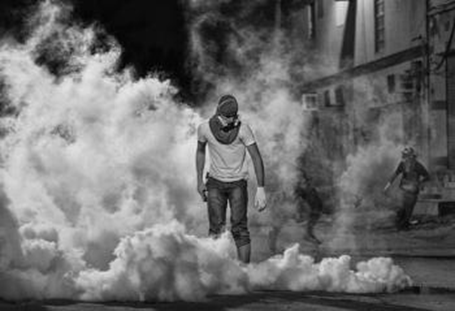 Ahmed Al-Fardan had mentioned to the BCHR that on 9 August 2013 he was kidnapped by civilian forces while he was sitting in a café near his home. He added that his kidnappers asked him to work with them in the National Security Apparatus as an informant[2] and they threatened him if he refused their offer that they will fabricate malicious cases against him to punish him and his activity. The kidnappers told Al-Fardan that they are the ones running the country and they could do that him; however, he refused their offer so they beat him before letting him go. 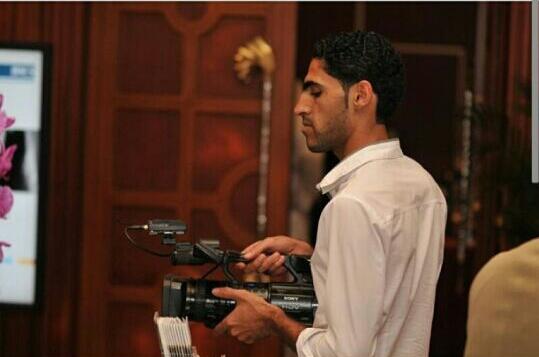 In a separate incident, and amid mysterious circumstances, the Forces kidnapped the photographer Jaffar Abdul-Nabi Marhoon[3]on 26 December 2013 from a barber shop in his village, eye witnesses stated that he was severely beaten during arrest. The village had witnessed a high security alert before the family realized that their son Jaffar had disappeared. Jaffar’s house had been raided more than five times with the intent to arrest him.

In addition to Al-Fardan and Marhoon, five other photographers are currently held at the Bahraini prisons. After arresting the photographer Hassan Matooq[4] on 24 March 2011 and sentencing him to three years in prison due to taking photos of injuries of citizens who were subjected to suppression and violations at the time of the peaceful protest in the Pearl Roundabout in Manama in March 2011, the security authorities arrested the photographer Ahmed Humaidan[5] on 28 December 2012 from the cinema and was subjected to torture and intimidation by carrying a fake bomb and forcing him to confess to committing terrorist acts. After Humaidan, airport security forces arrested the young photographer Hussein Hubail[6] on 31 July 2013 while he was heading to Dubai through Bahrain’s International Airport. Hubail’s family stated that he was subjected to harassments inside prison and deliberate neglect to his health condition which caused it to deteriorate. The security apparatuses also arrested the photographer Qassim Zen-al-deen[7] on Friday 2 August 2013 when they stormed his house at dawn without showing a court order to arrest him, and they confiscated his electronic devices. The riot police also arrested the photographer on ground Abdullah Salman Al-Jirdabi[8] on 13 September 2013 who was beaten by the security forces on the way to the police station, where he was injured in the knee due to the beating and wounded under his lips. Information received indicated that he was threatened with further harassments after the forces knew that he was a photographer. Al-Jirdabi is still on remand in prison on the charge of illegal gathering; he complains of the lack of necessary medication for a pain in his eye.

The BCHR fears that Al-Fardan and Marhoon will be subjected to the torture and abuse that their colleagues got subjected to in the Criminal Investigation Building to falsely confess to malicious charges to punish them for their influential peaceful activity. The BCHR finds that targeting photographers falls within the Authority in Bahrain’s attempt to blackout the violations and keep the incidents in Bahrain beyond the scope of neutral media coverage. Since 2011, Bahrain witnessed an increase in the violations practiced against journalists, media workers and photographers[9]; some of them were subjected to direct teargas shots. The Authority also prevented a group of journalists from entering Bahrain, and among them was the journalist Nick Kristof[10] amid 200 journalists who were banned from entering Bahrain, the last of these was David Isaksson[11] who is a Swedish journalist banned by the Authorities in Bahrain from entering, after being held for hours in Bahrain’s International Airport. The Authority in Bahrain believes that by doing so it can withhold the truth from the eyes of the international organizations and observers who witnessed firsthand the violations that the citizens are subjected to.

Sayed Yousif Al-Muhafdha – Vice-president of the BCHR – commented on the cases of arresting photographers by saying, “arresting them is a blatant violation of the articles of the Universal Declaration of Human Rights, and especially Article 19 which states, “Everyone has the right to freedom of opinion and expression; this right includes freedom to hold opinions without interference and to seek, receive and impart information and ideas through any media and regardless of frontiers”, and that will not stop new photographers and activists to emerge and to continue the march for rights and freedom.”

Based on the above, the BCHR calls on the US, UK, UN and all the close allies of the Authority and the relevant international organizations to:

It also calls on the Authority in Bahrain to: