cancel confirm NSFW Votes: (0 votes)
Are you the publisher? Claim or contact us about this channel.
0
Showing article 214 of 1658 in channel 13302667
Channel Details:
Viewing all articles
Browse latest Browse all 1658
0
0

Bahrain: The Authority Arrests the Sons of Political Activists to Avenge their Fathers

The Bahrain Center for Human Rights condemns the Authorities’ policy of taking revenge on activists by arresting and harassing their families. The BCHR had documented during the month of November 2013 one case of arrest, while two were arrested arbitrarily in December 2013 out of vengeance for their fathers’ activity. The security forces of King Fahd Causeway arrested Mahmood Aqeel Al-Sari on 6 November 2013, and it arrested Ahmed Hasan Mushaima on 28 December, while the airport security forces arrested Sheikh Yasser Al-Saleh on 26 December 2013. 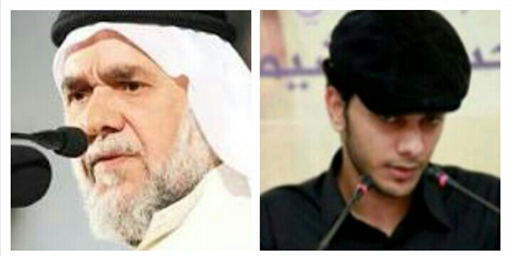 The BCHR received confirmed information that Ahmed Hasan Mushaima (20 years old) was tortured and insulted after being arrested from King Fahd Causeway upon his return from Iraq on Saturday 28 December 2013. Information indicates that Mushaima was subjected to a humiliating search at the Causeway’s police station while he was being held for more than 5 hours; the inspectors forced him to take his clothes off in front of the passers-by. All his electronic possessions were withheld without Mushaima knowing the reason behind all that. Four members of the National Security Apparatus riding in a civilian car came and took Mushaima to the Criminal Investigation Department; he was blindfolded and handcuffed from the back. Information also points out that Mushaima stayed in one of the corridors for a long period of time where he was subjected to punching and slapping by people who were passing by and who he could not identify.

According to the statement received by the BCHR, the interrogation with Ahmed Mushaima was due to his participation in the protests of 14 February 2013, according to the testimony of one of the lieutenants, Salah Al-Oraibi, as stated by the Public Prosecutor. The interrogation continued for a long period of time and Mushaima was standing the entire time of the interrogation which caused him pain in the knee as a result of both standing and the kicks he faced. Mushaima denied the charges against him at the Public Prosecution and spoke about the abuse and threat of using electrocution at times, and rape at other times. The Public Prosecution ordered on 30 December 2013 to detain Ahmed Mushaima for 30 days pending investigation. What proves that the charge was malicious and was out of vengeance against his father is that Mushaima says that the interrogators and jailers accused him of selling and betraying his homeland and they asked him to curse his father Hasan Mushaima, who is one of the opposition leaders who were sentenced to life imprisonment in a case known locally as the ‘Coalition for the Republic’ and they are a number of 13 leaders who are currently detained after being arrested amid the declaration of the state security period in March 2011. Human Rights Watch commented on their arrest by stating that it was out of vengeance for their political activity and expression of opinion in its report ‘No Justice in Bahrain[1]’. 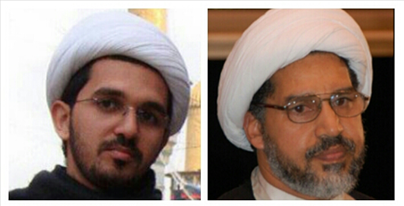 Bahrain’s International Airport security forces arrested Yasser Al-Saleh (31 years old) on Thursday evening 26 December 2013 upon his return from Iraq[2]. Al-Saleh’s family said in a statement[3] published on behalf of his father Abdullah Al-Saleh that Yasser was returning from Iraq through Bahrain’s International Airport when the security forces stopped and arrested him for no apparent reason. There was no word from Al-Saleh for more than 48 hours, until his family received a call from the Criminal Investigation Department stating his presence there without any other details; the phone call duration did not exceed 50 seconds. On the first visit, the family got to know that Al-Saleh was accused of assembling. The Public Prosecution ordered his detention for 45 days pending investigation.

Worth mentioning, Yasser is the son of Sheikh Abdullah Al-Saleh, the deputy secretary general of Bahrain's Islamic Action Society (AMAL) which the Ministry of Justice recently dissolved as a revenge for the activity of its members in a clear violation of freedom of associations and establishing associations. Sheikh Abdullah Al-Saleh is sentenced in absentia with 10 years in prison; however, he no longer lives in Bahrain and was in Iraq – during Sheikh Yasser’s visit to Iraq. Yasser Al-Saleh had previously been subjected to arrest during the declaration of the state emergency period in 2011, when he was brutally tortured and faced a military trial with charges, among them was the charge of attempting to overthrow the regime and rallying gatherings, until he was released in November 2012 after completing a one year jail sentence according to the verdict of the Court of Appeal[4].

Al-Saleh’s family believes that arresting Sheikh Yasser and abusing him was a means of taking revenge on his father. In the interrogation, according to his familie’s statement, the interrogators asked him if he was carrying any instructions to the activists on ground. The interrogators believe that he had met his father in Iraq in order to carry a message to the activists in Bahrain. Sheikh Yasser however refused the accusation.

The BCHR received information that the detainee Mahmood Al-Mousawi was subjected to torture at the Criminal Investigation Department to force him to confess to the charge of establishing a terrorist cell.

Mahmood, who was arrested on 6 November 2013 upon his return from Kuwait through King Fahd Causeway, said that he was suffering from unfitting prison conditions in addition to severe harassments, among them is solitary confinement without any justification. Mahmood added that Lieutenant Ahmed Al-Ammadi – the one in charge in the pre-trial detention – prevented him from his right to visiting and calling his family for more than a month which compelled him to hunger strike to improve his condition in prison. However, Al-Mousawi is still complaining from the abuse he faces from Al-Ammadi and Ali Farhan. Al-Mousawi added that he suffers from pain in his joints as a result of torture, as well as a burning sensation in the urine due to the harsh beating.

Worth mentioning, Aqeel Mahfoud Al-Sari, Mahmood’s father, is sentenced in absentia for 15 years in prison in the case of the leaders[5] or what is locally known as the Coalition for the Republic. The regime forces raided[6] the house several times with the intent to arrest him; however, they were not able to do so as he had left the country before the verdict was issued against him.

This is not the first time where the Authorities target the families of the detained leaders and activists who are sentenced in absentia. The BCHR documented several cases of targeting families of activists since 2011[7]. The regime forces had arrested a few weeks ago Mohammed Mushaima, son of the opponent Hasan Mushaima, and then released him as a punishment for him for insisting to visit his father who has been deprived of the visit for more than a year because of refusing to wear the criminal prisoners’ uniform. Noteworthy, many of those arrested are not faced with their charges and are arrested without displaying anything that may prove they are wanted for security cases which clearly violates the Universal Declaration of Human Rights[8], and specifically Article (9) that states,‘No one shall be subjected to arbitrary arrest, detention or exile’, and the second clause of Article (9) of the International Covenant on Civil and Political Rights which states, ‘Anyone who is arrested shall be informed, at the time of arrest, of the reasons for his arrest and shall be promptly informed of any charges against him’.

The BCHR considers that targeting the relatives of the human rights and political activists by arbitrary arrests, torture and trials aims at putting pressure on the family to ease their challenge for the authority and to enforce them to submit to their conditions.

Based on the above, the BCHR calls on the United States, United Kingdom, United Nations and all the authority’s close allies and relevant international organizations to:

It as well calls on the authority in Bahrain to: