cancel confirm NSFW Votes: (0 votes)
Are you the publisher? Claim or contact us about this channel.
0
Showing article 324 of 1658 in channel 13302667
Channel Details:
Viewing all articles
Browse latest Browse all 1658
0
0

The Bahrain Center for Human Rights condemns the continued policies of the Authority in Bahrain in oppressing the Shiite religious sect in different ways. After demolishing 35 Shiite mosques during the three month state of emergency in 2011, the authorities revoked the Bahraini citizenship of 31 Bahraini citizens from the Shiite sect[1]; among them is a religious scholar who was forcibly exiled in April 2014. The court also dissolved the Shiite Olamaa Islamic Council and liquidated its assets[2], which is considered a clear violation of religious liberty.

The Authorities demolish the Shiite mosques under the pretext that they are unlicensed:

During the Bahrain Independent Commission of Inquiry, Mr Bassiouni stated in his report (page 320) that the "of the 30 (demolished) places of worship investigated by the commission, 28 were mosques". The Authorities demolished these structures between the months of March and May 2011, without taking into account the provisions of the law, and the sacredness of these places and the sacredness of the items inside them such as copies of the Quran, and ‘Husseini’ valuables (Turba) – which are honoured according to the traditions followed by the Shiite sect. The report indicated that, the time and manner in which demolitions were conducted would be perceived as a collective punishment of an entire sect – part 1306 to 1334.[3] The Commission recommended the immediate rebuilding the demolished mosques at the expense of the government. Although Bahrain’s ruler Hamad bin Isa Al-Khalifa declared rebuilding the demolished mosques in May 2011, only five mosques have been rebuilt to date, while the rest have been neglected. In a provocative step, the Authorities announced turning the site of the demolished Abu-Thar Al-Ghufari mosque in the area into a public park[4], despite the fact that the residents posses official documents that prove the Abu-Thar Al-Ghufari mosque’s location of the proposed park, and that the mosque is part of the planned housing project in the area. For more information, please refer to the previous BCHR report about the restrictions imposed by the Authorities in Bahrain on religious freedoms[5]. 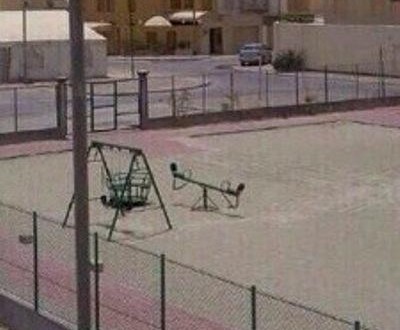 The Ministry of Interior made an announcement on Wednesday 23 April 2014 that officially banished the Shiite cleric Hussein Al-Najati from Bahrain. Some activists published photos of Al-Najati upon his departure from Bahrain and arrival in Beirut on their Twitter accounts.[6] The Ministry of Interior accused Al-Najati of ‘practicing his activity in an unclear manner and without coordinating with the official bodies in the country, and it was evident for the concerned bodies that he represents Sayed Ali Al-Sistani, which is something that was disclosed through the calls received by the Bahraini government from important figures in the Iraqi government’[7]. Several resources indicated that Al-Najati was subjected to official pressure to encourage him to leave Bahrain after revoking his citizenship, along with 30 other Shiite citizens in 2012. The Minister of Interior summoned Al-Najati in June 2013 and gave him a period of time to leave Bahrain,[8] however Al-Najati insisted on staying in Bahrain,[9] and threats against him started again until he was banished in April 2014. Amnesty International issued a statement expressing their concern for the threats and harassments that Al-Najati was subjected to. The Deputy Director of the Middle East and North Africa at Amnesty International Said Boumedouha indicated that, ‘the decision to strip Ayatollah Sheikh Najati of his nationality, along with 30 others in 2012 was little more than an arbitrary attempt to silence all government critics. It should be rescinded immediately.”[10] The UN Special Rapporteur on Freedom of Religion and Belief, Heiner Bielefeldt, released a statement urging to stop the persecution of Sheikh Hussein Al-Najati and to return his citizenship. The Rapporteur stated that according to the news received, Al-Najati left his country Bahrain after receiving threats that him and his son will be arrested if they refused to leave.[11] In a related context, the High Administrative Court rejected the lawsuit of the Shiite citizen Ebrahim Ghuloom Karimi – one of those who had their citizenship revoked – and who was demanding through the lawsuit to annul the administrative decision of revoking his citizenship[12] in an apparent violation of the Universal Declaration of Human Rights, especially Article (15) which states, ‘Everyone has the right to a nationality. No one shall be arbitrarily deprived of his nationality nor denied the right to change his nationality’.

The Authorities issue a decision to dissolve the Olamaa Council and liquidate its assets:

The High Administrative Court ruled in a session on Wednesday 29 January 2014 to dissolve the Olamaa Islamic Council and liquidate its assets. The BCHR believes that, ‘dissolving the highest religious foundation that represents the Shiite sect in the country takes place within the political framework of systematic discrimination against the sect[13], and it is considered a clear violation of Article (18) of the Universal Declaration of Human Rights which states, ‘Everyone has the right to freedom of thought, conscience and religion; this right includes freedom to change his religion or belief, and freedom, either alone or in community with others and in public or private, to manifest his religion or belief in teaching, practice, worship and observance.’ The former strategic planning consultant for the Cabinet Affairs Ministry, Salah Al-Bandar, stated in a confidential report published in 2006, and was known as ‘Al-Bandar Report’ that there are systematic mechanisms to eliminate the Shiite sect in Bahrain.

The Authorities promote the continue of sectarian speech against Shiite

Article (20) of the International Covenant on Civil and Political Rights, endorsed by the Kingdom of Bahrain with Law No. 56 of 2006, states, ‘Any advocacy of national, racial or religious hatred that constitutes incitement to discrimination, hostility or violence shall be prohibited by law.’ However, the Authorities in Bahrain neglect the sectarian speech practiced by certain bodies against the Shiite and supports them by allowing National TV to broadcast sectarian phrases and to practice discrimination without any accountability. The Bahrain Independent Commission of Inquiry report concluded that the programs on Bahrain TV were characterized with degrading language, and inciting hatred. The BCHR continues to document, on a daily basis, writings in the articles of the pro-government newspapers that incite hatred and promote sectarian oppression.[14] The UN High Commission delegation which had left Bahrain at the end of April 2014 had confirmed that hate speeches had increased in the media - whether in the printed press, video or audio channels - through the observation of the UN High Commission technical team which was in Bahrain for two months. The delegation emphasized that there must be an appropriate climate that establishes and achieves freedom of opinion and expression[15]. While Sheikh Maytham Al-Salman – Head of the Religious Freedom Unit at the Bahrain Human Rights Observatory – stated that the historical attitude of Bahrainis has been to protect society from sectarian violence, even though alienating and hateful discourse is still growing from groups associated with the government. Al-Salman said in his interview with the Bahrain Mirror newspaper, ‘the general characteristics of all Bahrainis, Shiite and Sunni, is tolerance, kindness and compassion. Societies during periods of political and national tension could tend to some violence; however the demand of the pro-democracy movement in Bahrain is one of the most peaceful movements among the Arab Spring revolutions[16]’.

The BCHR holds the Authorities in Bahrain responsible for the consequences of the sectarian discrimination as a means to combat public demands for democracy, and hence it calls on the United States, United Kingdom, United Nations and all the close allies and relevant international institutes in order to trial Bahrain internationally for its continuous and frequent violations of the Universal Declaration of Human Rights endorsed previously by it, and it also calls on putting pressure on the Authority in Bahrain to: