cancel confirm NSFW Votes: (0 votes)
Are you the publisher? Claim or contact us about this channel.
0
Showing article 384 of 1658 in channel 13302667
Channel Details:
Viewing all articles
Browse latest Browse all 1658
0
0

On 13 August 2014 Lord Avebury of the House of Lords is chairing a press conference for Nabeel Rajab. The press conference is due to start at 11am and will be focused around Mr. Rajab's imprisonment and recent experiences in Heathrow International Airport on 24 July 2014, where he was harrassed and ill-treated (See full report: http://bahrainrights.org/en/node/6988). Lord Avebury will also be speaking about the problematic relationship between the UK and Bahraini governments. 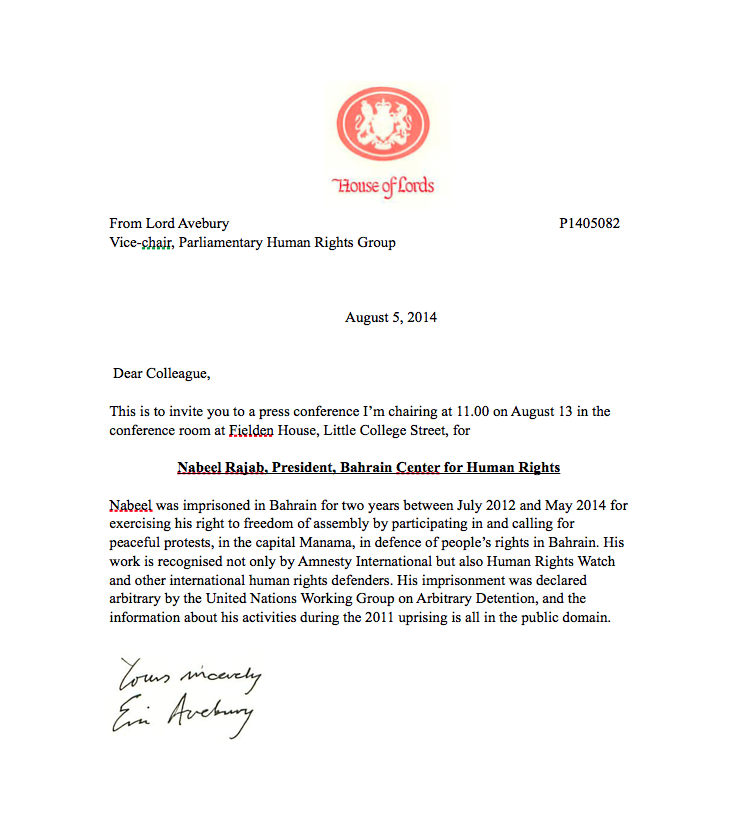