cancel confirm NSFW Votes: (0 votes)
Are you the publisher? Claim or contact us about this channel.
0
Showing article 605 of 1658 in channel 13302667
Channel Details:
Viewing all articles
Browse latest Browse all 1658
0
0

Death sentences imposed on Mohamed Ramadhan ‘Issa ‘Ali Hussain and Hussain ‘Ali Moosa Hussain Mohamed in December 2014, following an unfair trial that relied on “confessions” extracted under torture, were confirmed on 26 May by a Court of Appeal in Manama. The death sentences will go to the Court of Cassation for final ratification. 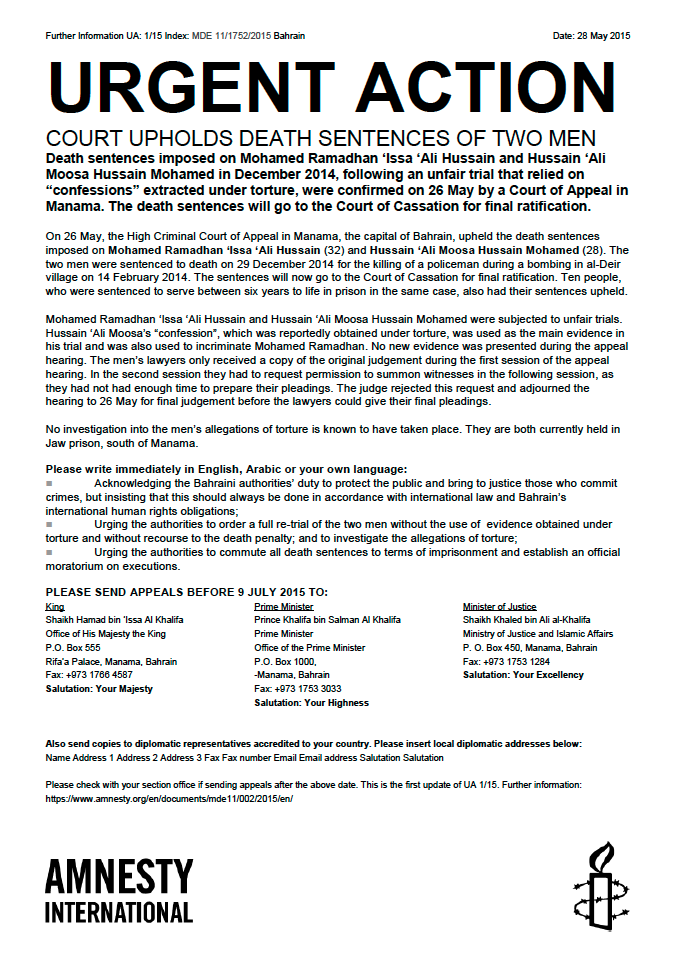