cancel confirm NSFW Votes: (0 votes)
Are you the publisher? Claim or contact us about this channel.
0
Showing article 742 of 1658 in channel 13302667
Channel Details:
Viewing all articles
Browse latest Browse all 1658
0
0

The report is a summary of the human rights violations BCHR was able to document over the course of the year 2015. It provides a solid background and case examples on the different ways Bahraini authorities repress their people: from enforced disappearance and torture to citizenship revocation. It is imperative that these violations do not come unnoticed to the world, to see the real situation human rights defenders and peaceful government opposition face daily in Bahrain.

“Several detainees reported to BCHR being subjected to psychological and physical torture, and being forced into signing false confessions. The majority of these cases involved people from the pro-democracy movement in Bahrain.”

The 2015 Annual Report has come to be thanks to the effort of the BCHR team on documenting human rights violations in Bahrain and its desire and dedication to encourage and support Human Rights and help those in need.

“Freedom of expression has been persistently prosecuted by Bahraini authorities throughout the year 2015 as a means to silence opposition”, said Nabeel Rajab, President of BCHR. 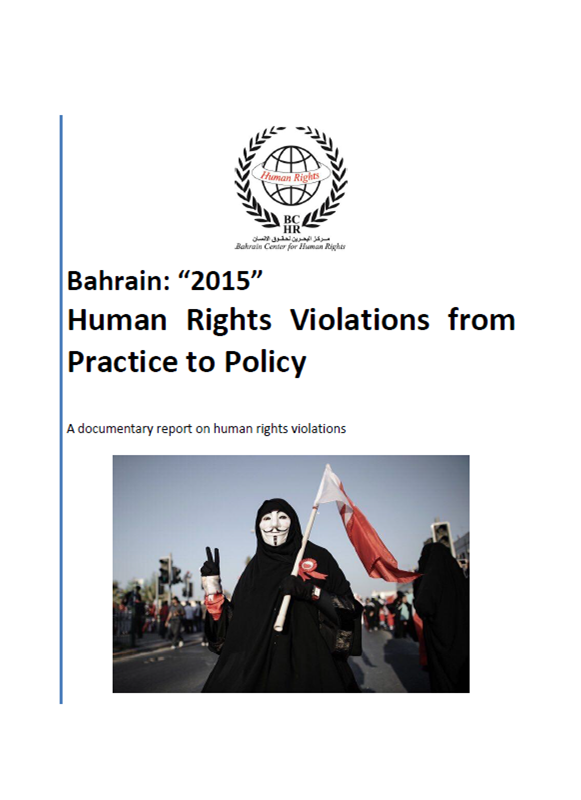