cancel confirm NSFW Votes: (0 votes)
Are you the publisher? Claim or contact us about this channel.
0
Showing article 9 of 1658 in channel 13302667
Channel Details:
Viewing all articles
Browse latest Browse all 1658
0
0 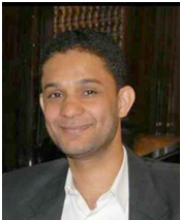 May 12th, 2013 The Bahrain Center for Human Rights expresses its concerns over the arrest of an employee at Al-Wasat newspaper, Mr. Hussein Al Asfoor, on Tuesday the 23rd of April 2013. Mr. Asfoor was reportedly subjected to severe beatings and psychological and physical torture at the Hamad town police station (at the 17th roundabout), where he was charged with several charges including helping some of the protesters, before he was referred to the Public Prosecution, which investigated him and ordered his release later.
English
Viewing all articles
Browse latest Browse all 1658
More Pages to Explore .....
© 2022 //www.rssing.com