cancel confirm NSFW Votes: (0 votes)
Are you the publisher? Claim or contact us about this channel.
0
Showing article 252 of 1658 in channel 13302667
Channel Details:
Viewing all articles
Browse latest Browse all 1658
0
0

The Bahrain Center for Human Rights expresses its deep concern about the wellbeing of the detainee Ahmed Mohammed Saleh AlArab (22 years old ), who has been reportedly subjected to torture and still suffering from resulting injuries. According to his family, AlArab is not being allowed access to medical care, or to see a doctor.  AlArab was arrested on the morning of January 9, 2014, and held in enforced disappearance for 21 days. His family was not allowed to see him until a month after the date of his arrest, and his lawyer is still unable to meet him. (For further details please refer to BCHR previous statement http://bahrainrights.org/en/node/6701).

Throughout the period of his enforced disappearance, AlArab was not allowed to contact his family except for sporadic calls that lasted no longer than a few seconds, during which he was not allowed to give any info on his whereabouts. When his family inquired about him at Budaiya police station, the Public Prosecution, and at the Criminal Investigation Directorate (CID), they all denied his detention and any knowledge of his whereabouts. During the period of his disappearance, the court held several hearings in cases against him, and although he was in custody, he was not brought to the court. Instead, court summons were sent to his house requesting his presence during court hearings. On January 23, 2014 the court denied the presence of AlArab in custody and asked his lawyer to provide proof of his detention. At another court hearing on January 29, 2014 the judge refused to allow AlArab’s lawyer to speak in court unless AlArab presents himself to the court. The practice of the court in the case of Ahmed AlArab reveals the complicity of the judicial system and the public prosecution in covering up the practice of enforced disappearance committed by the CID, which amplifies the violations suffered by the detainee.

“They stripped me naked, then handcuffed me from the back. They then hung me from my wrists, while they would move me from my feet to cause more pain… They covered my face with a cloth, then poured water on me. I thought I would drown to death every time..”

On January 29, 2014, AlArab called his family to tell them that he has been transferred to the central prison of Jaw on the previous night. AlArab was not informed of his sentence or the charges he was convicted of, in a violation of his right to know the reason for his detention and denial of freedom. When his lawyer requested information regarding the conviction, the court denied him that on the basis that the defendant is absent. The lawyer was able to obtain information on six cases which the court has not issued any verdicts in. Thus, the family was surprised that their son was taken to Jaw, instead of the Dry Docks prison where people are held pending sentencing. Alarab has still not been taken to any of the court hearings of the cases against him and his lawyer is still not able to meet him even though he repeatedly requested at each court hearing that AlArab be brought from prison.

AlArab’s family faced exceptional difficulty in obtaining visits while other prisoners were allowed visits during the same period. The family was able to see him for the first time a month after his arrest on February 10, 2014 for a period of 15 minutes only. He looked dehydrated and his hands were shaking most of the time. They reported seeing marks and bruising on his face, black marks on his wrists and he was wearing a prison uniform with long sleeves so they were unable to inspect the rest of his body.

According to information received by BCHR, AlArab was reportedly subjected to torture from the time of his arrest on 9 January 2014. On that day and while blindfolded, he was beaten to confess to possession of weapons, forcing him to eventually say that the weapons were at his family’s home in Bani Jamra. He was taken to his family’s home along with large group of security forces on the same day where they searched the house and dug a hole in the back yard; while his family was forbidden from watching the search. AlArab said he was beaten the entire time while the search was ongoing, and was beaten more severely when nothing was found at his home. He was reportedly beaten during the entire car ride with the security forces. 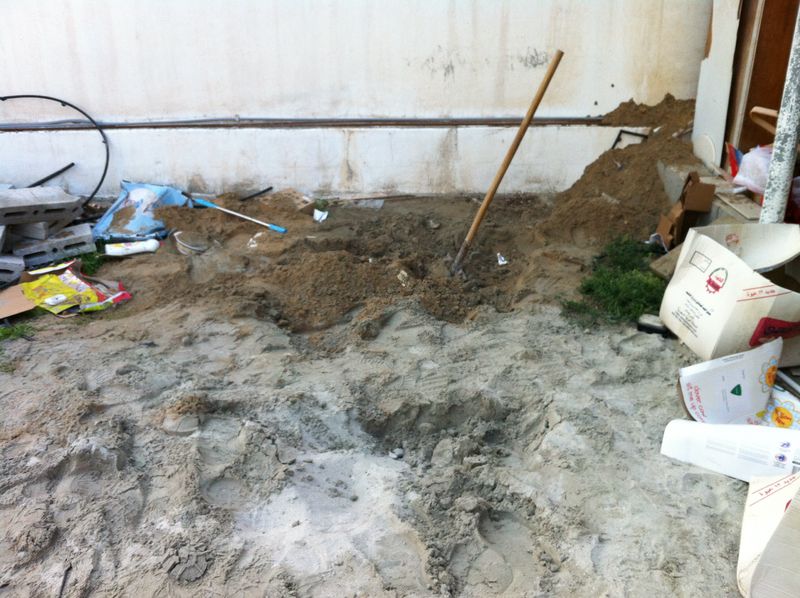 During the time of his enforced disappearance, he was reportedly detained at the criminal investigation department (CID), where Alarab reported being subjected to torture. He said he was stripped naked and hung from his wrists while they were handcuffed behind his back. According to his testimony, he was repeatedly beaten all over his body, he was pulled from his feet over and over to twist and hurt him while he hung from his wrists. He was insulted and assaulted continuously and deprived from sleeping. He was threatened that they would hurt his sister, telling him that she had been arrested. His face was covered with a cloth and water was poured into his mouth to insinuate drowning. He stated that he believed he would die every time. When he was finally allowed to go to the bathroom after begging, AlArab said his face was so swollen he could not recognize himself, and his facial hair (beard) would fall on its own with bits of his skin. At times, he was kept standing in the corridor and when he complained of being tired, they made him lie down so that everyone walks on him as they pass. He said that he was subjected to continuous verbal abuse and psychological torture including keeping him in the dark for long periods and forcing him to listen others being tortured. AlArab added that during the night he was moved to a prison in Riffa, where ice was poured on him while he was hung, and this routine continued for five or six days. He told his family that he feared that some of the sensory nerves in his right arm may be damaged where sometimes it cannot be lifted and he doesn’t feel them.

Alarab was reportedly told that he would be charged in 17 cases, and he will never be released. He was forced to sign papers without reading the content. He also reported getting sexually abused, and that he was hit on his genital area deliberately and threatened with rape.

After six days, he was moved to a solitary cell in a prison, where he was surrounded by 7 policemen at all times and he was forced to stand for hours and to sit for hours upon their orders. This continued until the time of moving him to Jaw prison on 29 January 2014.

On the day of his arrest, AlArab was taken to see a public prosecutor who reportedly threatened to send him back to torture unless he confesses to all the listed crimes against him.

On February 18, 2014, his family was able to visit AlArab for the second time, and he was still suffering from the pain of his injury resulting from being tortured, according to his testimony, and was not provided any medical treatment. He said that the state of his right arm is getting worse as it took him several minutes to feel the water temperature, and his broken tooth continued to bleed.

The BCHR calls on the United States, the United Kingdom, the United Nations, the European Union and all close allies and international institutions to put pressure on Bahraini authorities to: