cancel confirm NSFW Votes: (0 votes)
Are you the publisher? Claim or contact us about this channel.
0
Showing article 54 of 1658 in channel 13302667
Channel Details:
Viewing all articles
Browse latest Browse all 1658
0
0

The Bahrain Center for Human Rights (BCHR) is gravely concerned over the worsening crackdown and massive human rights violations committed by the Bahraini authorities following an alleged terror blast targeting a mosque at a pro-government area. There is particular concern in regards to how the authorities are using the incident to incite and promote sectarian hatred and violence.

On July 20th 2013, the Ministry of Interior (MOI) wrote on its Twitter account that a car had exploded outside a mosque in Riffa area which caused no injuries, and that the authorities were conducting an investigation.

Though the Bahrain Center for Human Rights is actively following the updates and encourages the government to perform a transparent, impartial investigation into the incident, the BCHR is alarmed over the nature of the 'required procedures' the Ministry of Interior has resorted to as during the past five days. The BCHR has documented a large number of human rights violations which include arbitrary arrests, excessive use of force, midnight house raids, attacking mosques and places of worship, and collective punishment.

The BCHR has documented 60 cases of illegal arrests, 140 shotgun injuries, and over 150 house raids in just the last five days.

The majority of arrests occurred after policemen, accompanied by masked civilians, raided individuals houses without an arrest warrant and without providing any justifications for their presence. The other arrests occurred during peaceful protests or at police checkpoints. 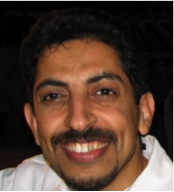 On July 18th, 2013 Shaikh Zuhair Aashor was arrested by civilians at a checkpoint near a shopping mall. He was threatened with death in front of his family, and then abducted by the police. Aashor is an example of how individuals are often treated at checkpoints, and how they can be easily forced into disappearance.

The excessive use of force has resulted in many sever injuries which require urgent medical treatment. Most of the injuries documented by the BCHR are on the upper body, which suggests an attempt to kill.

Mahmood Mubarak, 25 years old, was shot by the police with a shotgun from a very close distance during a peaceful protest at Bilad AlQadeem, which caused him severe injury to his head and chest.

Attacking Mosques and Places of Worship 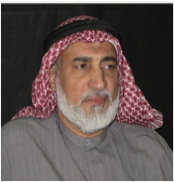 In an ongoing and escalating campaign of discrimination against Shiaa Muslims, the BCHR has documented 5 cases in the last five days in which Shiaa mosques and places of worship were attacked and vandalized.

While the authorities is publishing a large number of statements and updates in regards to the alleged blast near a mosque, the police forces have at the same time, attacked Shiaa mosques with an excessive amount of teargas. However, the government has not  addressed these incidents in any statement and has not started an investigation.

The Head of Documentation and Monitoring at the BCHR, Said Yousif AlMuhafdah, has stated in an article in AlWasat newspaper (see: http://www.alwasatnews.com/3970/news/read/794520/1.html) that Matam Ansar AlAdalah, a Shiaa religious place, was attacked with excessive teargas which lead to suffocations. A video published online shows how large the cloud of teargas became, and how people were attempting to flee the location. (Link to the video: http://www.youtube.com/watch?v=XHjvli4dXt0)

On July 18th 2013 an unknown group vandalized Imam AlSadiq mosque in the Salmabad area. Such acts have occurred with increasing frequency at different Shiaa mosques and places of worship after the alleged blast, although the authorities refuse to investigate the incidents.

Since the alleged blast, a concerning number of government officials and other entities have incited violence and a sectarian divide without the interference of the authorities. A video published online showing Jassim Al Saeedi, member of parliament representing a constituency in Riffa, delivering a speech about the alleged blast accusing the Shiaa and opposition while referring to them as 'Iranians' and 'traitors'. He stated that there is an attempt to lead the country into a civil war as has been the case in some countries in the region and concluded "We can react, but we say: wait for us after Ramadan". Link to the video: http://www.youtube.com/watch?v=HY6v9-g9wLg and a video where

On July 21st the Akhbar Alkhaleej newspaper, which has strong connections to the Bahraini government, published a caricature drawing showing men praying at a mosque while two other men holding a knife and a stick saying "we will pray in turns, it's safer for us", while the other replying " If there is a real man among them, let them come nearby".

A billboard in a pro-government area states that "Iranians are like landmines, you must not remove your foot from it otherwise it will explode on your face". This is another example of hate speech, which according to the International Covenant on Civil and Political Rights "any advocacy of national, racial or religious hatred that constitutes incitement to discrimination, hostility or violence shall be prohibited by law". Bahrain has been a signatory to the covenant since 2006, and is therefore obliged to ensure that such instances of hate speech are transparently investigated, and offenders are responsible for their actions before the law.

Based on the above, the Bahrain Center for Human Rights (BCHR) believes that the Bahraini authorities are deliberately using the incident to incite violence and a sectarian split in order to distort the image of the pro-democracy movement in Bahrain, and to commit further human rights violations under the pretext of 'taking the appropriate measures'. The BCHR calls on the United States, the United Kingdom, the UN and all other allies and relevant institutions to put pressure on the Government of Bahrain to: