cancel confirm NSFW Votes: (0 votes)
Are you the publisher? Claim or contact us about this channel.
0
Showing article 55 of 1658 in channel 13302667
Channel Details:
Viewing all articles
Browse latest Browse all 1658
0
0

The Bahrain Center for Human Rights (BCHR) expresses its grave concern in regards to the violations committed by the Bahraini authorities against people with special needs. The BCHR has recently documented several cases in which people with special needs got arrested without a warrant, were beaten, and then denied adequate medical care despite receiving medical and court orders in some cases. 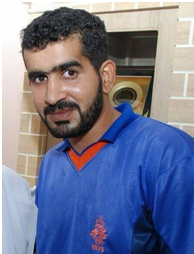 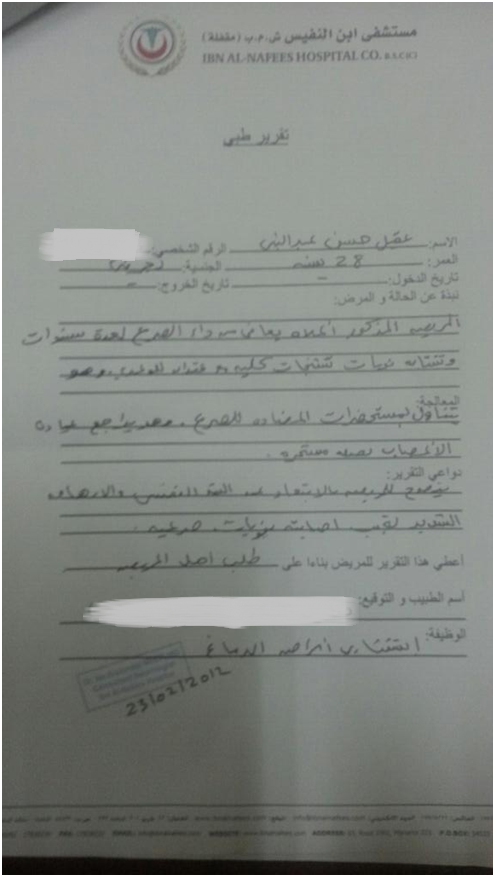 Photo: Aqeel Hassan Jassim and his medical report (click on the report to view  a larger image)

Aqeel Hassan Jassim, 28 years old and suffering from epilepsy, was arrested on the 20th of October 2012, during the lockdown on AlEker (Read more on /en/node/5487). His home was raided more than 30 times, and charged with attempting to kill a policeman. He was reportedly beaten at the Criminal Investigation Department (CID) building. His family informed the BCHR that he was beaten by Officer Ahmed Farhan at Dry Dock prison as well, and there is a complaint against him at the Public Prosecution, yet he has not been held accountable. Despite a court order to transfer Aqeel to the hospital to receive treatment, the administration of the Dry Dock prison is refusing to do so since two weeks. 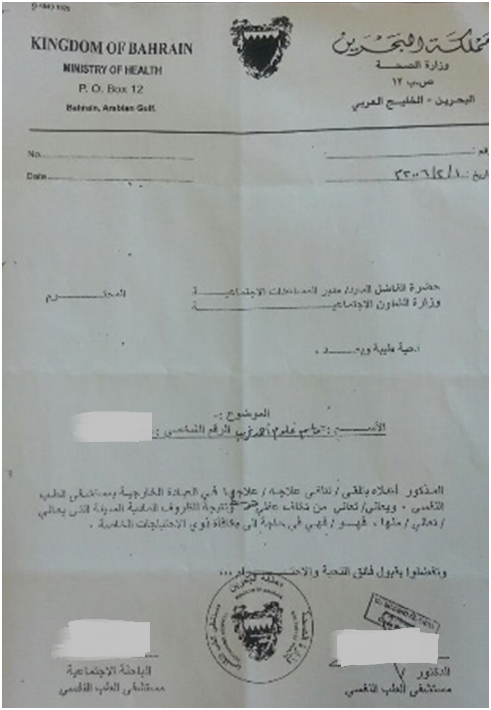 Photo: Qassim Ghuloom Ahmed and his medical report (click on the report to view a larger image)

On July 18th, 2013 Qassim Ghuloom Ahmed, 29 years old and mentally challenged, was abducted by masked security in civilian clothing from Malkiyah village. The medical report about his mental condition states that he receives treatment at the psychiatric hospital. Qassim was moved to the Dry Docks prison, and taken to the public prosecution for interrogation without the presence of a lawyer.  Due to the lack of information to the family, the charges are unknown. The family are gravely concerned about his well-being. 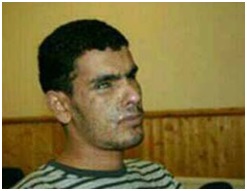 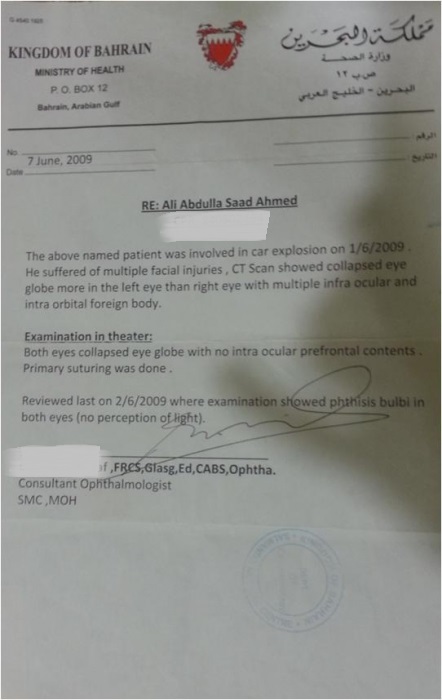 Photo: Ali Abdulla Saad and his medical report  (click on the report to view a larger image)

On the 14th of May 2013, Ali Abdulla Saad, a 29 year old man suffering from visual impairment, was arrested after a group of masked security forces in civilian clothing raided his home at 3.20am. His family inquired with the authorities numerous times about his whereabouts but with no avail. Five days later, Ali called his family and only managed to say that he is fine before the line was cut. As per information received by the BCHR, Ali was reportedly tortured and denied adequate medical treatment.  Ali Saad started a hunger strike at the Dry Dock Prison in protest of ill-treatment and denial of adequate medical care. His family is now concerned for his life and health condition. (Read More: /en/node/6128)

Bahrain is signatory to the UN Convention of the Human Rights of Persons with Disabilities since June 2007.   Detaining Ali Saad and numerous others with disabilities is in violation with a number of articles, including article 14 which states that “States Parties shall ensure that persons with disabilities, on an equal basis with others: (a) Enjoy the right to liberty and security of person; (b) Are not deprived of their liberty unlawfully or arbitrarily, and that any deprivation of liberty is in conformity with the law, and that the existence of a disability shall in no case justify a deprivation of liberty.” And article 15, “No one shall be subjected to torture or to cruel, inhuman or degrading treatment or punishment.”

The Bahrain Centre for Human Rights calls on the international community and the governments of the US, UK and other close allies of Bahrain to put pressure on the Government of Bahrain to: